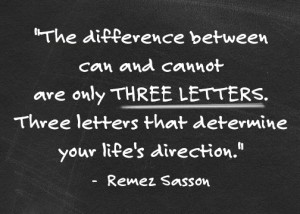 Do you realize people fear speaking in public more than they fear dying?
Maybe because dying is abstract and appears far away while the lectern is
right in front of them. Either way, you really can come to grips with your
fear and maybe you won’t enjoy it, but you’ll be able to get through it
easier. I can’t emphasize enough that half of your battle will be just
knowing what you are going to say, and anticipating what others are going
to ask. It can be easy!

Communication is a vital key in today’s world. The diversity of opinions
today, which are often controversial, has increased the need for public
speaking. People need to be able to speak confidently to function well in
society.

Speaking in public can sometimes be a real challenge, if not a source of
embarrassment for some. Even persons of high rank such as scholars,
doctors, artists and entrepreneurs have difficulty when required to speak
in public.

They may have hesitations in facing an audience, often accompanied by
sweaty palms, stuttering, and the tip-of-the-tongue phenomenon. Some
reactions are so severe that they actually throw up. You may have some
of these reactions when asked to give a presentation or speak in front of a
group.

Aristotle said “a speaker needs three qualities – good sense, good
character, and goodwill toward his hearers.” Thus, public speaking is
also about developing speakers, and ultimately, decent human beings.
Whether the speech is short or long, the same rules apply, like the rule of
preparation. The habit of preparing makes good speakers. Some would say
that they speak from “inspiration,” when in fact they have been
preparing their speeches all their lives.

Some of the difficulty people have is coming up with speech topics, so I
have compiled a list of over 800 speech topics that you can use to begin.
Click here to get your copy.

Thank for connecting with me. See you next week.