Can You Improve Emotional Intelligence?

If IQ measures your mental intelligence, then EQ measures your emotional intelligence level. Most everyone has been taught that IQ is important for success in life. While people with higher intelligence levels generally have better career success than those with lower IQs, this is by no means guaranteed. The 21st century has taught us that strong emotional assessment skills are probably more important than brainpower for enjoying healthy, fulfilling relationships, and benefiting from those relationships at work and at home.

It is widely believed that your IQ is basically set by the time you hit your late teens or early 20s. You can in some ways gradually improve your IQ during your lifetime, but studies show the improvement is usually insignificant. This is not true of your EQ. Research tells us it is possible to boost your emotional intelligence skills quickly and substantially with the following practices.

Look at Possible Rejection in a Positive Manner

Imagine you are applying for a job that you would really like to land. Worrying about being rejected before your interview does you no good. It can wreak havoc with your emotions and put more pressure on you, so don’t think about what will happen if you don’t get the job. Instead, remind yourself that you have applied for several jobs, and that if you don’t land this “dream” position, you will probably still get hired by one of the other companies where you have submitted an application.

Many people don’t go very far without their smartphones. This means a lot of the time you receive instant gratification in the form of a return communication when you reach out to a friend or family member. Don’t assume the worst when you text someone and do not immediately receive an answer. The person you texted is most likely not trying to avoid you, and is probably just busy. Don’t let the responses or actions of other people immediately cause you to experience negative emotions.  Those of us who are older remember the times when you wrote a letter and didn’t hear back for weeks.  Hard to imagine in this day and age. 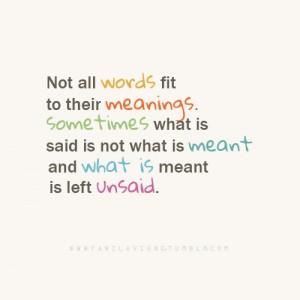 Seek first to understand. Emotional intelligence can be improved by becoming empathetic. This means you put yourself in another person’s situation. This is difficult to do if you are always speaking and never listening to others. A high EQ means recognizing what feelings and emotions are dictating the actions of others. When you take time to truly listen to what other people are saying, you improve your ability to empathize with their feelings, which helps explain their actions.

Don’t Be Afraid to Express or Comment on Difficult Emotions

Remaining silent when you need to speak up is never the right choice. Sometimes we have to say things that are difficult. When talking about serious emotional issues which center around difficult feelings, whether the emotions are yours or someone you are interacting with, you must remain empathetic, honest and objective. It’s not always easy to express our emotions, but doing so when silence can make a situation worse is absolutely imperative.

Learn to Act Rather Than React

A successful salesperson will tell you that every “no” gets them closer to the next “yes”. They look at failures as necessary for them to become better at what they do. The same is true for successful athletes, celebrities, politicians and just about any high achievers. Use failures as learning tools instead of looking at them as personal characteristics. A failure is simply an event, it is not who you are.

To your improved EQ.

P.S.  Sign up for my email to get more tips